So I watched most of Vampire Knight this weekend.

I do not understand the lack of fic.  This fandom should have Kaien/Yagari EVERYWHERE. It hits all the magical fandom feelings.  Also QQ about the kinkmeme being deleted.  Definitely a Kaname/Yuuki shipper, and THAT THING makes me like it even more.  I was hoping fic could help fill the gap of Byakuya/Rukia.

I also finished watching the Warcraft III cinematics!  I feel like I can understand

the__ivorytower 's fic more!  Also, Kael and Vashj are totally BFFs who hide in the corner whispering about Illidan's assets.

I did not play WoW all weekend.  My only goals at the moment are Gilneas Exalted and 525 Fishing, neither of which I actually want to do. 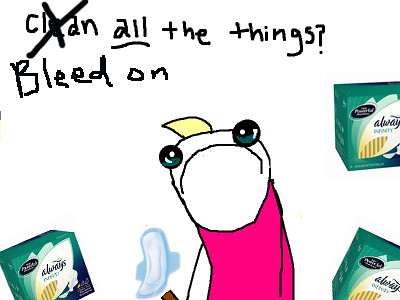 So I'm on Vent with some guildies, and this one chick asks me if I like anime.  I say yes, but that I don't watch a lot of new series.  So she asks me what my favs are.  I go 'mostly 90s stuff, Lodoss, Escaflowne, Gundam Wing, Fushigi Yuugi, Berserk...' and she goes '...oh yeah, Berserk was good.  Hey, do you watch Fullmetal Alchemist?'

The only series I've been in to from the 00s are Tytania, KKM, Gankutsuou and Princess Tutu.  Ugh, I'm such an old bitter bitch at the age of 24.

Me: Hey Mom, wanna go on a pity trip to Edmonton this weekend?
Mom: That's too far, let's go to Minot.

I picked up Nalini Singh's Angel's Blood this weekend after she got namedropped on Jacqueline Carey's Facebook.

It hooked me in mostly for Raphael and because it broke some of the cardinal romance novel rules.

Ye olde guy manipulates girl and girl gets pissed off happens, but it got resolved so quickly it was refreshing.  Instead of spending most of the novel angsting over said manipulation, she hashed it out with him quickly, had the fight, and once the ground rule Don't Pull That Shit Again was laid down, they moved on.

Requisite sex scenes happened before blah blah romantic vows blah blah.  Also, main dude is a Major Asshole, but instead of fighting *him* the whole way, main chick fights the behavior and meets it head-on.  I don't read too much romance, but I've read my fair share of Christine Feehan novels, and goddamn is it nice to find a chick that can not only step toe to toe with the dude but doesn't make him capitulate totally before accepting him.  Elena accepts that Raphael's a doucheface with a dominant personality that isn't going to change, but instead of whining about it and making him give in, she just throws it back at him twice as hard and proves that she doesn't need him to protect her.  Instead of putting his dick on a leash* (no sex until you tone down the arrogance act!) she just continues being her awesome self and he comes to respect that.  Falling in love doesn't change him, the love had to come on his own terms.

However, she kept in one horrible romance novel trope that drove me nuts: women and children are sacred.

This book has angels and vampires and they are brutal people.  They kill people, they maim people, they seduce people and they aren't ashamed of it.  There's a character that hounds the main chick through the entire novel and when she slits his throat he gets off on it.  But at one point, he says he's not the kind of monster that would hurt a child.  I just...yeah, yeah.  Especially since the only reason he claims that is because he's technically on the good side and he needs some sort of redemption.  A man gets framed for some brutal murders he didn't commit, but that's okay since he molests children!  Oh romance novel logic.

* Oh, Gregori.  You had so much potential until you actually got your own book and Christine Feehan emasculated you.

I feel like squeeing over this somewhere but my Facebook friends won't care and my usual haunts are too public.

Socialism, in the Canadian sense, gets a lot of flack because you're paying in for everything.  Yes, my taxes are going to people getting lung cancer from smoking.  But my taxes are also going to firefighters who will save my house if it burns down.

And on a lighter note, it also pays for some awesome fucking things.  Our telecommunications corp here (Sasktel) is a Crown Corporation, meaning the government owns it.  Because of that, the bottom line is less of an issue - they can stick to their guns and say their duty is to the citizens of Saskatchewan.  This means that you get cellphone service in Bumfuck Nowhere because the government is obligated to service its people.  This also means a lot of funds are funneled to Sasktel which allows them to do awesome things like lay enough fibre to only be meeting 1% of capacity.

YES I SAID WE ONLY USE ONE PERCENT OF OUR BANDWIDTH CAPACITY.  Sasktel uses DSL for internet and cable service, as well as business-grade lines and resells a shitload of bandwidth.  Even with all of that, we're only using 1 percent.

That, combined with its status as a Crown Corp, led to an announcement on the radio this morning that Sasktel will never cap bandwidth for customers.

TAKE YOUR FREE MARKET AND SUCK IT, AMERICA

By the way, my bronchial plague is clearing up very nicely after visiting the doctor and only having to hand them my Sask Health card.  The cost of the meds will go a long way to having my government drug plan kick in for my discount.

tl;dr: Crown Corps rock and Sasktel ain't cappin' no bandwidth because they gots lots of teh bandwidths.  I imagine this, for some reason. So I found a spoiler for Cataclysm that makes me happy, Kinda happy, anyway. But all y'all Warcraft peeps will hate me for liking it.